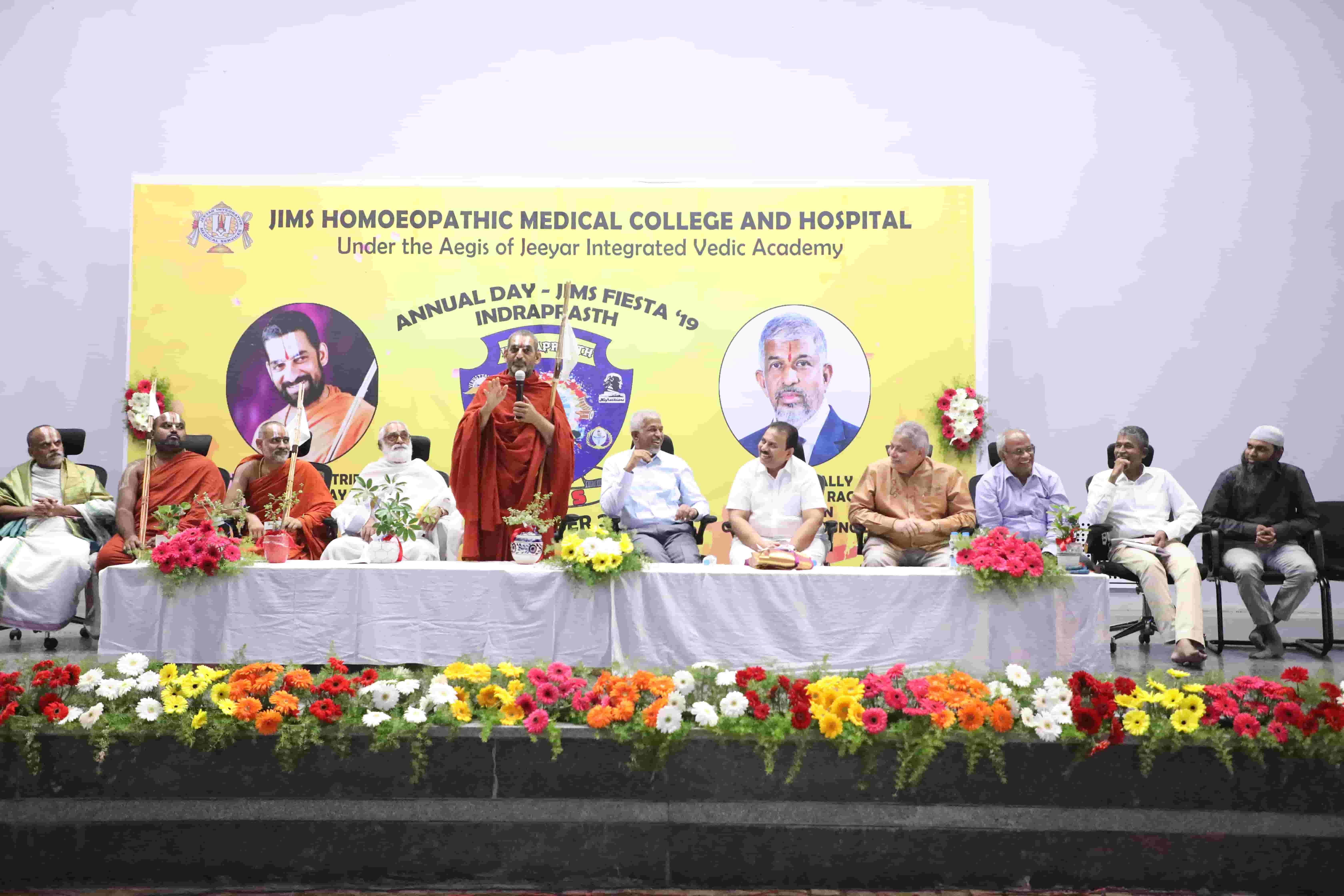 The function began with lightening of the lamp and garlanding photo of Samuel Hahnemann by the president, chief guest, other guests of honour, the principal, Dr Rajender Reddy garu and the medical superintendent, Dr Irfan of the JIMS homoeopathic medical college and hospital.

After this, function is preceded by felicitation of the chief guest, other guests of honour and president by the principal and college staff. After the felicitation, The Principal Welcomed the gathering and annual college report was given by B.Poojitha, student of final year BHMS. After the annual college report, prizes were distributed to the winner teams by the chief guest, other guests of honour and president of the function. Sports and cultural committee in charges co ordinated prize distribution and was immediately followed by address of the guests of honour and after that chief guest, His holiness sri sri sri tridandi Chinna srimannarayana ramanuja jeeyar Swamiji addressed the gathering. This is followed by presidential address and presidential address is followed by cultural activities by the students.

Cultural activities are followed by vote of thanks by S. Vineetha final year BHMS, Followed by the dinner.