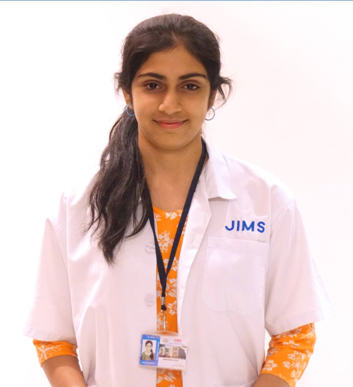 The Art of Looking Good With Invisible Toxins

‘Skincare’ is the range of practices that support skin integrity, enhance its appearance and relieve skin conditions.

Gone are the days where traditional skincare routines meant – applying turmeric to the face for radiant glow, bathing with termite mound soil for smooth skin and using sandalwood (chandan) for heavenly fragrance.
Today’s beauty is all about changing skin color, using moisturizers, expensive lotions infused with plant oils or covering up our ‘imperfections’ with make-up and Sunscreen lotions.

With the advancement of science and technology, the cosmetic industry is also racing forward in terms of techniques and methodologies. The new techniques include Microbiomics, Hydrotalcites for Controlled Delivery, Artificial Intelligence for Ingredient Discovery and modern delivery systems using Nanotechnology in cosmetics.
Yes, thus came, the advent of NANOTECHNOLOGY in COSMETICS.

The use of Nanotechnology has also stretched across various streams of science, from electronics to medicine and since 1990’s, it found its applications in the field of cosmetics by taking the name of NANOCOSMETICS.

Nanotechnology is the science of manipulating atoms and molecules in the Nanoscale –that is, 80,000 times smaller than the width of a human hair and this technology has a market share in the world that reached $2.6 trillion by 2015. The Nano-particles are found mostly in everyday use facial powders, moisturizers, sunscreens, lipsticks, drugs and toothpastes.

The function of Nano-particles in foundations, concealers and sunscreens is to create a thin layer on the skin, which doesn’t penetrate into the deeper layers of epidermis as quick as the conventional ones, but block the evaporation of water and keep the skin looking hydrated. It is also helpful to reflect away the harmful UV rays and only allow the visible light rays to pass through the skin. Nano-particles help create an invisible layer of particles to be formed on the skin which doesn’t leave an oily, ‘cakey’ feeling after application. But Daily exposure of Nano-particles in so many substances will definitely have a serious effect on the human body.

One can easily tell if their cosmetic product is with Nano-particles or not. Check for ‘ZnO’ and ‘TiO2 ’ in the ingredients!

The Nano-particles in cosmetics are mainly made from Zinc oxide and Titanium dioxide which are of two types::NAKED NANOPRATICLES and COATED NANO-PARTICLES.
When exposed to UV light and air, the naked zinc oxide or titanium dioxide Nano-particles can potentially form harmful chemicals like free radicles of oxygen (notorious substance capable of creating aging and inflammatory responses).

In order to avoid this, the Nano-particles are coated with a thin layer of SILICA or ALUMINUM that does not react with components of atmosphere. The coated Nano-particles have an inventsphere, which forms a layer on the stratum corneum allowing slow and continuous permeation,and cause an occlusive effect.

It is important for us to know- how does it affect the human skin? Has it been proved specifically on humans, to declare it to be safe?
Nano-particles have been found to cause a large number of risks both to humans as well as to the environment. The toxicity of Nano-materials is affected by their properties, which are attributable to their smaller size, chemical composition, surface structure, solubility, shape and aggregation.

Toxicity is mainly concerned with the production of reactive oxygen species, including free radicals that result in oxidative stress, inflammation, and consequent damage to proteins, membranes and DNA. Because of their size, these Nano-particles can easily gain access to the blood stream via skin or inhalation and from there they will be transported to the various organs.
Scientific studies have shown that Nano-particles can penetrate skin, especially if skin is flexed. Broken skin is a direct route for the penetration of particles even up to a size of 7000 nm. The presence of acne, eczema and wounds may enhance the absorption of Nano-particles into the blood stream and may lead to further complications. A preliminary study found that nanoparticle penetration was deeper in skin affected by psoriasis than in unaffected skin. The environment is also at risk due to the exposure of Nano-materials that are released into the water, air, and soil, during the manufacture, use, or disposal of these materials.

The cosmetics with Nano-particles were tested on poor animals and the results were surprising, to say the least.
• In a study published by Shanghai University, they discovered that zinc oxide (ZnO) Nano-particles used in sunscreens can damage or kill the stem cells in the brains of mice.
• A study has shown that exposing the abdominal cavity of mice to long carbon nano-tubes are linked with inflammation of the abdominal wall.
• Studies have shown that certain Nano-materials penetrated layers of pig skin within 24 hours of exposure.

Even though engineered Nano-particles have captured hearts in the beauty industry, safety must be the top priority. Research on Nano-cosmetics and their safety is anon-going activity but one must never put human safety in a compromised situation, in the name of ‘beauty’and profiteering.

Coming to Sunscreens and Nano-particles, in today’s sedentary lifestyle where humans are hardly moving around outdoors in natural sunlight or exercising in open air, the deficiency of VITAMIN D is very evident in young and old. Let’s us not worry about the non-existent “bad effects” of sunlight and let us start getting the much needed Vitamin D naturally without any artificial coatings or supplementary capsules.

It is common knowledge that beauty is skin deep. But the toxicity of modern skin care is now much deeper.