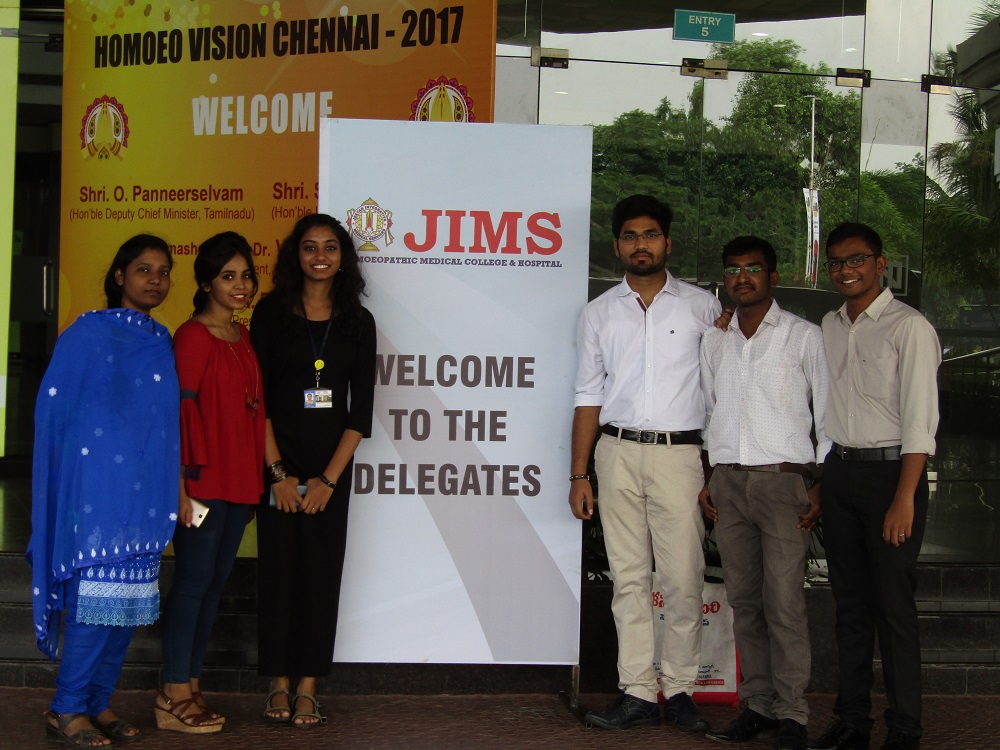 Faculty and students of JIMS Homoeopathic Medical College & Hospital participated in The XXV National Homoeopathic Congress of the Indian Institute of Homoeopathic Physicians ( I.I.H.P) ” Homoeo Vision Chennai 2017″ held on the 2nd & 3rd of December 2017 at the Chennai Trade Centre , Nandambakkam.

The topics for deliberations in this congress were selected based on clinical aspects of Organon of Medicine, Materia Medical & Repertory. The recent trends in Research Technology & Innovation were included for the benefit of the participants. The Congress aimed at infusing science into the Art of Healling through Homoeopathy.